At the moment, around 70 million tons of hydrogen is produced annually, and this is expected to increase by about 20 million tons by the end of the decade. Looking even further ahead, by 2050, many studies suggest annual production will have grown to about 500 million tons. Today, the majority of that fuel is consumed near where it is produced, most often at a chemical plant: in the future that demand will be broader with blue hydrogen forming a bridge to what will be a green hydrogen future.

For a gas that is colorless, tasteless, and odorless, it is ironic that it is designated as grey, blue, and green; the colour designated depending on the production method. For hydrogen to reach its potential as an environmentally friendly source of energy, it is vital that the supply chain is made greener.

The current method of producing ‘grey hydrogen’ is from fossil fuels (E.g. methane, natural gas, or coal). Grey hydrogen comprises almost 95% of the quantity produced today, and it is an emissions-intensive process, with more than 10 kilograms of CO2 emitted to produce each kilogram of H2. An improvement can be made by capturing the CO2 that is produced in the process, thereby delivering ‘blue’ hydrogen.

However, green hydrogen is what we are striving to achieve. This is hydrogen that is produced by renewable electricity powering an electrolyzer to create hydrogen and oxygen from water.  Industry sees the market for hydrogen migrating from grey, to blue and green, with each having its own role utilizing different transition technologies.

Generating hydrogen is simple in principle. Electrolysis has been around since 1800, with the method known as alkaline electrolysis in commercial use since the middle of the 20th century. It uses a cell with a cathode, an anode and an electrolyte based on a solution of caustic salts. When voltage is applied, water decomposes  and hydrogen is formed at the cathode and oxygen at the anode.  A membrane separates the gases.  Heat is generated during the reaction which, when harnessed, increases its efficiency. The hydrogen obtained must then be cleaned, dried and if necessary, compressed.

The electrolyte is liquid, meaning that the alkaline electrolyzer typically requires more peripheral equipment, such as pumps for the electrolyte, solution washing, and preparation. Although it is currently the cheapest of all electrolysis processes to purchase, it has relatively high operating and maintenance costs.

A more recent electrolysis method, which uses a proton exchange membrane (PEM), is different. It reverses the fuel cell principle and requires no liquid electrolyte. Water is pressed through a stack of two electrodes and a polymer membrane. It only allows positively charged hydrogen protons to pass through. The thin cells, consisting of a membrane and a pair of electrodes, can be arranged in stacks to achieve better performance. Compared to alkaline electrolysis, PEM electrolysis has the advantage of quickly reacting to the fluctuations typical of renewable power generation. This technology is often used for distributed systems because the equipment is low-maintenance and delivers high-quality gas. 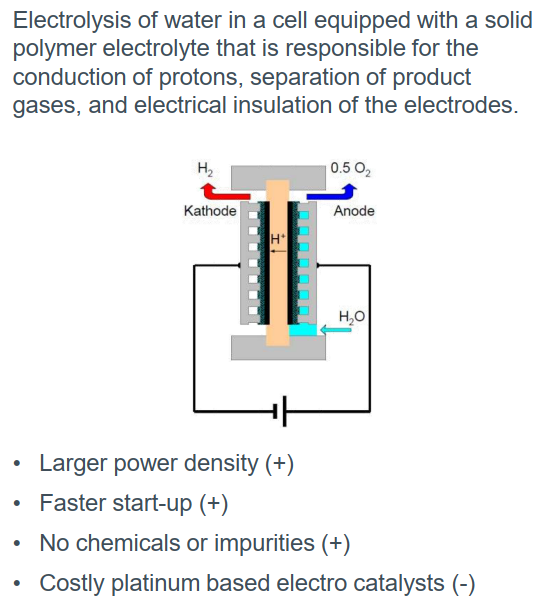 The key to enabling the potential of the hydrogen economy is a supply chain that can produce green hydrogen at scale and at a price that the market will pay. For the past 10 years, our industry has been in the formative stages of delivering technology for the large-scale industrialization of hydrogen.

As with all emerging technologies, the initial cost base was high, with prototypes and bespoke manufacturing, but as the technology matures and adoption increases the costs continue to reduce. As the production volumes grow, advanced automation will quickly be introduced into the manufacturing process, along with leveraging digital techniques (such as digital twins and modularization), in order to drive industrial efficiency.

Like technologies before, the scale of hydrogen technology is rising year on year, with an increase in power ratings by a factor of 10 every four years. The hydrogen market is now at the bidding phase for 100-200 MW projects, and moving forward, cross-sector partnerships will deploy installations that will break the 1 GW barrier before the end of the decade. As time moves on, hydrogen can become as big as wind and solar, but in terms of maturity (market and technology), it is perhaps some years behind the more established renewable technologies. Similar cost reductions in the core technology as have been witnessed in the photovoltaic sector are expected over time.

Ultimately, despite the environmental pressures under which every facet of the energy industry finds itself, speed of deployment will come down to cost. For it to become mainstream, the hydrogen economy cannot be based on subsidies; sustainable markets must be created and getting the cost right is one of the first boxes that must be ticked.

For green hydrogen to meet these price points there are three primary challenges that must be overcome: the cost of electricity, the loading factor of the electrolyzer plant, and the capital and operational costs. These are dependent on a variety of factors, some outside the control of the producer, such as the cost of electricity, but with renewable energy becoming a larger part of the energy mix, that factor should take care of itself.

When it comes to capital cost, as with most process manufacturing scenarios, reducing capital cost depends on scale and commercialization of the electrolyzer plant. As to the operational cost, electrolyzer plant digital twins can be used to optimize the design and to improve the productivity, while maximizing the plant’s total cost of ownership. In areas that have advantageous conditions, costs to produce green hydrogen are approaching around €3 per kg, with cost parity between green hydrogen expected from 2025 with volume effects.

As mentioned above, hydrogen consumption is significant today and demand will certainly increase. As shown in figure 4, green hydrogen has multi-sector applications, including transport, industry and in the energy sector.

Green hydrogen will play a role in decarbonizing industrial processes, for example in the production of renewable fuels, in green steel making or in the chemical sector (E.g. green fertilizer production). In mobility, hydrogen applications includes fuel for cars, trucks, buses and trains. In the energy sector, hydrogen can be used in electrification with partial or full H2 fired gas turbines, providing power when the sun is not shining or the wind is not blowing, using the its storage properties.

Initially, green hydrogen will command a premium price, when compared to its less environmentally hydrogen counterparts – grey (made typically from methane) and blue (where the CO2 produced is captured and stored). However, as we have seen with wind turbines and solar panels, progressing through the stages of the technology curve will go faster than we think, provided there is sufficient support. Hydrogen must (and will) stand on its own two feet and be viable without external support. When exactly that will happen, depends on several factors, including the adoption rate, economies of scale, and the regulatory frameworks. As a wise person once said: “The world is moving so fast now-a-days that the person who says it cannot be done is generally interrupted by someone else doing it.”

Adam Middleton is Chair of the Management Board and Managing Director of Siemens Energy B.V. in The Netherlands. He is Chair of CIGRE UK and sits on both the CIGRE Steering Committee and Administrative Council 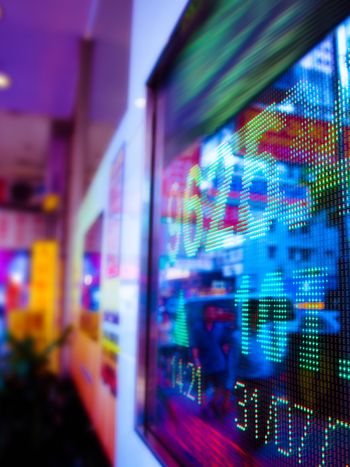 Introduction of Real Time Market in India – An Experience