There are three technological trends which are driving the transformation of the energy sector:

The grid has remained fundamentally the same for more than 130 years. The result is a centralised, rigid system that cannot effectively manage the variability of distributed energy resources and modern energy use and where maintaining balance becomes increasingly difficult as more complexity is added to the system. Managing this grid is like trying to centrally control the internet.

Digital and technological transformation enhances the real-time communication infrastructure between different nodes across the energy value chain. This allows new emerging technologies, such as Blockchain, to facilitate the rapid changes in the energy sector. As an example, Blockchain supports bidirectional information flow between different nodes in energy systems while streamlining transactions.

Centralised energy systems record the value of the transactions in central records.  Blockchain, by contrast, is a distributed and immutable ledger of transactions without the need for central governance and trusted third parties. In other words, instead of storing the data on some data servers, a copy of Blockchain can be stored locally by each participant (the peers) of the distributed network. There is a continuous growth in the chain of data records when new blocks are validated and attached to the chain. The peers of the distributed network are capable of verifying the validity of each block in the chain using a cryptographic hashing algorithm. Blockchain offers substantial changes in current energy systems by supporting decentralisation and a highly secure information flow.

Once a transaction is added to a Blockchain, it is impossible to alter it with todays computing power. Therefore, the ledger cannot be modified or tampered with by peers of the distributed network.

The Blockchain ledger is maintained by the connected parties agreeing to all changes, that is forming a consensus regarding changes.  This consensus is reached when all or the majority of the peers agree on the same state (version) of the ledger. There is a need for a predetermined protocol for a distributed network to reach consensus on including a transaction, handling some pieces of data, and transferring the ownership.

There are several attempts to use different algorithms, such as Proof of Work (PoW), Proof of Stake (PoS), Practical Byzantine Fault Tolerance (PBFT), Proof of Authority (PFA) and many more, to solve the consensus problem. However, difficulty, cost, and validation time are their major issues, which all depend on the Blockchain design.

Blockchain technology is an elegant protocol enabling people to verify information and transact directly with one another in a trust-less environment. Three important and fundamental characteristics of blockchain are security, transparency, and immutability. These aspects are what make blockchain technology unique and a potential solution for energy and power applications.

The absence of a third-party can result in cost, operational and market efficiencies. It could be applied to almost any market, in theory. In the energy sector, dozens of companies are attempting to use blockchain for asset registry, peer-to-peer trading, grid-level transactions, energy financing, electric vehicle charging and renewables tracking.

A more open and decentralised system is urgently needed, where the grid itself becomes the ‘internet of energy’. A platform based on decentralised control and permissionless innovation, while maintaining the strict reliability and security requirements, is essential to such critical infrastructure. A system that adapts to and enables new technologies and patterns of use, not the other way around.

The table below lists some of the potential ways in which blockchain technology can mitigate the current market shortcomings.

There is merit for blockchain in specific marginal use cases where it can optimise existing processes. However, blockchain can be integral to a systemic energy solution in one way — using the technology to better manage the connection between the physics (the electrons) and economics of energy, taking into consideration both the time and location of energy within the system. This requires sufficient visibility within the system itself, which can only be achieved by embedding the technology into the grid. No current blockchain for energy applications yet take this approach, let alone have the capability to deliver upon it, according to the World Energy Council’s recent blockchain report.

What is needed is a fit-for-purpose solution that is specifically designed to optimise the energy trilemma and deliver a sustainable energy system for all. This may be an architecture that inherently balances itself, using decentralised control of energy exchange enabled by blockchain, or something similar, but the solution must be determined by the system characteristics, not the other way around.

The CIGRE C5.30 Working Group is just completing its study into operational projects which use blockchain in energy power systems. The graph below shows the functional areas where these projects have used blockchain technology. 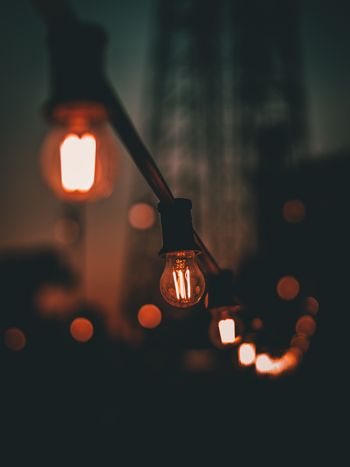 Impact of Covid-19 to System Operators and Electrical Equipment Manufacturers