The annual expansion of the Chilean transmission grid is based on a long-term energy planning process, known as PELP, and was introduced in 2016 with a law modification which among other things created an independent system operation coordinator known as Coordinador Electrico Nacional or CEN.

The PELP is performed every five years by the Ministry of Energy and revised every year in an annual updating report. The main objective of the PELP is modeling energy scenarios that include long-term trends, development of consumption, and the country’s future energy supply. The PELP scenarios must be considered by the regulatory body, National Energy Commission (CNE), to develop the Annual Expansion Plan for Electric Transmission System.

The first PELP report was issued by the Ministry of Energy in 2018 and it clearly showed Chile’s renewable energy potential. The revisions that came after the first PELP report confirmed the competitiveness of renewables, mainly solar power in the north, wind at various places and hydro in the center south of the country. Figure 1 shows Chile’s renewable energy potential according to 2019 PELP updating report.

The project considers the construction of a new HVDC bipole transmission line with a metallic return of at least ±600 kV, between the Kimal converter substation and the Lo Aguirre converter substation. The approximate length of the line is 1,500 km, with a transmission capacity per pole of at least 2,000 MW. The project was recommended but its execution was conditioned to the development of a transmission corridor study that would facilitate the construction of the 1500 km overhead transmission line. However, in August 2020 due to the restrictions imposed by the COVID pandemic the government issued a new decree (Decree 163) that eliminated the requirement of undertaking the transmission corridor study and instructed the Coordinator to initiate the tender process which ended up with the award of the Kimal Lo Aguirre project in December 2021.

According to Decree 163, technical specifications of the Kimal Lo Aguirre HVDC project were to be developed by the Coordinator and included in the respective tender terms and conditions. Among many others technical aspects, the Coordinator had to make decisions on converter technology, thermal line capacity, initial converter capacity, current return means, possibility of admitting a third intermediate terminal in the future, possible increases in converter capacity, etc.

On February 1, 2021, the Coordinator published the technical specifications of the project.

The Kimal Lo Aguirre HVDC tender process started on February 1, 2021 with the publication of the tender terms and conditions documents.

The HVDC technical specification was delivered as functional specification in a 116 pages report that included functional requirements for both the converter stations and the 1500 km overhead transmission line. Bidders were requested to perform RMS system studies to demonstrate feasibility of the proposed technical solution and performance compliance according to the local grid code.

The Kimal Lo Aguirre link will be embedded into the National Electrical System and run in parallel to the existing 2 x 500 kV corridor as shown in Figure 2. The existing 500 kV system is N-1 secure with a rated capacity of about 1500 MW. The HVDC link will require transient and temporary overload capability to cope with the loss of any segment of the 500 kV system. Three overload levels are envisaged as illustrated in Figure 3 and detailed below.

System studies were performed by bidders to prove the feasibility of the technical solution and the security of the system. Load flow contingency analysis and transient stability were performed under a selected group of contingencies that considered every 500 kV and 220 kV circuits as well as monopolar and bipolar forced outages. During project execution, the awarded bidder will undertake detailed studies to refine project definition.

The development, construction, and operation of Kimal Lo Aguirre HVDC link presents significant challenges. The permits and construction of the 1500 km overhead transmission line - which will run over a variety of topographies - weather conditions and geographic altitudes are the biggest challenges . Other challenges include unbalanced operation with DMR, low short circuit ratio, daily change of flow direction and emergency power control, among others.

The Kimal Lo Aguirre HVDC link will be among the few overhead line HVDC LCC projects with DMR. It is known that DMRs are prone to flashovers due to low insulation level and induced overvoltage whenever a pole to ground fault occurs. This could deteriorate the reliability of the link. The right insulation of a 1500 km overhead transmission line passing through several adverse environmental conditions such as very dry desert, coastal areas, and high altitudes, will be another challenge.

The northern part of the SEN is today mainly thermal with large coal fired power plants. The future SEN, however, is expected to be solar and wind, both technologies being inverter-based resources which do not contribute with inertia nor short-circuit level. At the same time, coal fired power plants are to be shut down as part of the decarbonization plan. Therefore, the Kimal terminal will have to operate with a low Effective Short Circuit Ratio. This may bring power electronic controller instabilities and negative interactions.

The main future power resource in Chile’s SEN is solar power located in the north of the country. Most of the new solar power is photovoltaic. There is hydro power in the south. Therefore, it is likely that the HVDC link will change direction daily to transfer solar power north south during the day and hydro and wind power south north during the night.

The Kimal Lo Aguirre HVDC LCC Project is the first in its kind since it is mainly connecting solar photovoltaic power. The development and integration of the link into the National Electrical System will require new special protection schemes in the SEN system as well as emergency power control features in the HVDC link to guarantee secure operation.

The tender process attracted the interest of well-known HVDC technology developers as well as of local and global transmission project developers and investors. The tender was designed so that a consortium of transmission operators, investors, technology providers and constructors could be formed. At least four consortia worked in the preparation of the offers but only two of them finally delivered proposals to the Coordinador.

Award of the project took place on December 13th by the Coordinador. Kimal Lo Aguirre HVDC project was awarded to the Yallique consortium formed by Transelec, ISA and China Southern Power Grid International. The expected date of commercial operation is December 2029. 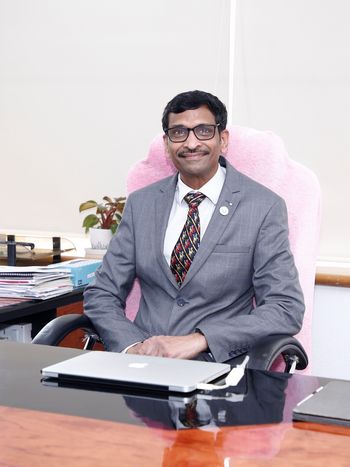 An interview with KVS Baba, founder CMD of POSOCO 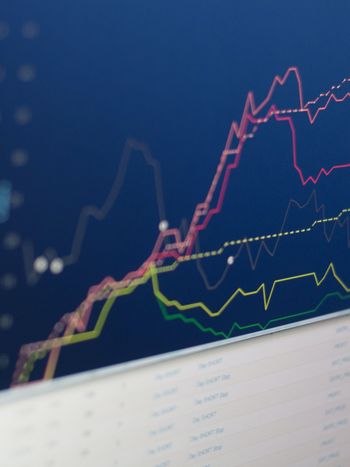 A season of high electricity prices in Europe