Since its first offshore GCS became operational in 2010, TenneT has reached a total of 9 GW operational offshore GCS capacity in 2021, which is more than half of all offshore GCS capacity in EU. In terms of speed, this corresponds to roughly 1 GW/year. With the latest targets, the trend will shift to at least 3 GW/year as of 2027 and to a staggering 4 GW/year starting from 2030. Such a scale up not only requires parallel execution of several projects, but also innovation to increase efficiency and reduce levelized cost of energy (LCoE).

As economies of scale would suggest, a key step to achieve these goals is to increase the power transmission capability per GCS. The next step is standardization, to build and operate a large portfolio of identical GCSs, while limiting the environmental and spatial impact. For that reason, TenneT created the 2 GW Program.

Based on the so far operational experiences and lessons learnt in Germany and the Netherlands,  the 2 GW program has set as its primary objective the transnational harmonisation and standardisation of project organisation, management, execution strategies, operation and maintenance concepts, along with a firm basis of technical requirements and design principles for all future 2 GW GCSs[1].

The benefits stemming from such an ambitious set of goals focus on increasing efficiency during project execution, operation and maintenance phases, building on lessons learnt (thus eradicating uncertainties and risks), increasing confidence and ensuring continuity across supply chain, and achieving substantial savings on CAPEX and OPEX.

In that respect, TenneT has developed via various programs, together with the market, a proof of the complete technical concept acting as the foundation for a fully standardised layout for both onshore and offshore HVDC Substations [2]. The scope of such a 2 GW GCS is illustrated in Figure 1, while Figure 2 and Figure 3 illustrate respectively the standardized 2 GW HVDC offshore and onshore substations.

In Germany, TenneT has an offshore portfolio primarily consisting of 900 MW HVDC systems of symmetrical monopole topology at 320 kV. In the Netherlands, a program of 700 MW AC systems of 220 kV is applied for near shore windfarms. The upcoming challenge for both countries is to connect an increasing amount of wind energy at route distances of more than 150 km.

HVDC is already proven to be the superior choice when it comes to connecting large offshore windfarms at great distances. Yet like any other technology that has not yet past its prime, there is always room for further innovation and optimization.  One such opportunity is to increase the voltage level to 525 kV for offshore GCSs, thereby enabling 2 GW transmission capacity. In terms of voltage source converters, 525 kV is already realized for onshore HVDC projects. For offshore, one of the bottlenecks had been the XLPE submarine cables. To overcome this, TenneT is currently running a pre-qualification program with various cable suppliers, obtaining a proof-of-concept to ensure that commercially available products will be available for the upcoming tenders [3].

Another important feature of the 2 GW standard is that it applies “bipole with metallic return” as the HVDC system configuration (Figure 4). To increase the energy availability, this is combined with a cross-coupling arrangement at offshore grid side. The basic topology is shown in Figure 5. This main circuit arrangement offers distinct advantages in terms of energy availability, controllability, disturbance containment and future extensibility. These advantages strongly outweigh the otherwise higher CAPEX associated with the metallic return cable in the lifetime of the assets.

Although wind energy is intermittent by nature, it shows seasonal patterns: higher energy yield during winter and lower energy yield during summer. When it comes to offshore works, the summer is also the perfect time to perform planned maintenance activities. The bipole with metallic return topology enables performing maintenance in one pole, while keeping the other operational and connected to windfarms of both poles at 1 GW capacity. For a typical summer wind, this means no power curtailment is required due to maintenance. Similarly, the amount of lost energy due to unavailability in case of forced outages is also reduced when compared with other HVDC configurations.

When designing HVDC systems, it is imperative to consider the potential impact of an outage on the operational security in the power system, in particular with regards to balancing reserve capacity. The application of the bipole with metallic return cable configuration, when compared to a rigid bipole or symmetrical monopole topology of the same capacity, reduces the probability of occurrence of a high impact (2 GW) outage extremely thanks to the virtually decoupled operation of HVDC poles.

Last but not least, being the most technically flexible HVDC scheme, bipole with metallic return provides distinct advantages to enable extension towards a future multi-terminal DC (MTDC) grid, which is considered to be a promising solution for transmission infrastructure to further accelerate the energy transition.

TenneT has presented a development roadmap with regards to the extension possibilities of the future offshore assets, which has found consensus among the market suppliers. Therefore, one of the key innovative features of the 2 GW Standard is its technical readiness towards future multi-purpose interconnectors (MPI) based on MTDC operation [4]. An MPI utilizes the offshore GCS infrastructure to combine the functionalities of traditional interconnectors between countries for energy trading and offshore wind connections.

The MTDC extension possibilities have been classified into two main possibilities to form a realistic development roadmap. The first one is reflected via MPI 1.0 module (Figure 7), which is an MTDC system connecting different synchronous areas as well as offshore wind farms. This extension can be achieved either by adding an interconnecting DC cable system between two offshore HVDC-based platforms or via direct connection from the offshore platform of one area to the onshore grid of the other area.

The second possibility is covered via an MPI 2.0 module, which also includes the possibility of interfacing embedded HVDC systems in the same synchronous area in addition to functionalities of the MPI 1.0. Such an extension potentially enables a larger (and more meshed) DC grid.

The MTDC readiness of the 2 GW Standard is therefore expressed via the additional space reserved within the HVDC Substations so as to accommodate the additional equipment which is needed for the future MTDC operation (e.g. HV switchgear), as well as in terms of HV equipment (relevant for the point-to-point operation) ratings and MTDC control functionality. The latter part is foreseen to be exhaustively tested via numerous off-line and real-time simulations as well as an extensive commissioning test plan, in order to ensure the technical readiness of the TenneT 2 GW assets and reduce their downtimes when connecting future terminals to them.

With the 2 GW standard, TenneT establishes a complete technical basis for the future offshore electrical landscape. The 2 GW standard is intended to become the main building block for offshore wind transmission infrastructure in the North Sea in the near future. In this way, both point-to-point and multi-terminal connections can be developed in an optimum way, ranging from rather simple multi-purpose interconnector arrangements (e.g. MPI 1.0)  to potentially more complex topologies like the North Sea Wind Power Hub concept [5]. 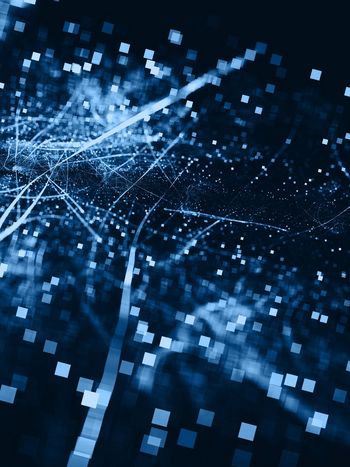 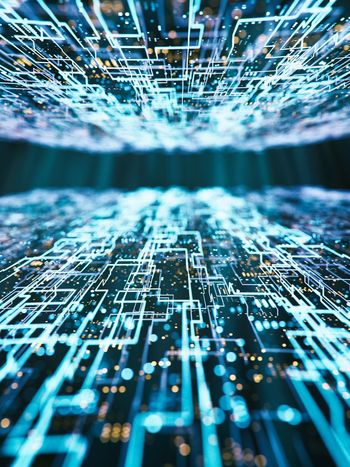